Madrid is the capital of Spain, home to the Spanish Royal family as well as the Spanish Government. It is a modern city with a population of approximately 3.5 million people (the largest in Spain).

Most tourists flying to Madrid will land at Madrid Barajas International Airport (MAD), about 12 km from the city center to the north. Madrid Airport is very large with 4 main terminals (in which T1 and T4 stations are the largest) and provide services to dozens of airlines every day. To getting to the city center you can take Metro, Taxi or Shuttle bus, all of which are easy to find from the point where you get your luggage when you land at Madrid airport.

Madrid’s most popular destinations are centrally located. The heart of the city is Puerta del Sol, a large plaza serving as the scene of festivals, important gatherings and street performers as well as a hub for the public transportation network. Another important square is Plaza Mayor, known for its many souvenir shops, cafes and the lively San Miguel Market. Visitors won’t want to pass up the opportunity to see these top sights.

Nouvel. The Museo Reina Sofia is home to a broad array of works created by Spanish artists, including extensive collections of artwork by Pablo Picasso and Salvador Dalí. Picasso’s masterpiece, El Guernica, which conveys the horrors of the Spanish civil war, is alone worth the price of admission.

Situated within walking distance of the Plaza Mayor, the Mercado de San Miguel is a popular shopping destination for local foods and delicacies. Its intricate cast-iron architecture features glass walls that showcase goods ranging from salted fish and oysters to fresh pasta and cakes. Because the market stays open as late as 2 a.m. on weekends, it’s become a popular nightspot where visitors and locals gather to enjoy drinks and tapas, or appetizers. The site also plays host to events like concerts, cooking classes and private parties.

The Temple of Debod is one of the most unusual sights in Parque del Oeste, a park near the Royal Palace. The temple to the Egyptian goddess Isis once stood on the banks of the Nile. The construction of Egypt’s Great Dam of Aswan meant that several historical monuments had to be moved in order to preserve them from flooding. Spain stepped in to assist, and as an expression of gratitude, the Egyptian government gave the Temple of Debod to Spain in 1968. The four-thousand-year-old building is etched with bas-reliefs depicting the gods Ammon and Isis.

One of the most beautiful plazas in Madrid the Plaza de Cibeles is surrounded by several buildings constructed in the Neo-Classical style, including the stunning Palacio de Cibeles, formerly known as the Palacio de Comunicaciones, which was designed by architect Antonio Palacios. At the center of the plaza is a statue that is also considered a symbol of the city: the Fuente de la Cibeles. The magnificent fountain depicts the Roman goddess Cybele on a chariot drawn by lions. Sculpted in purple-colored marble by Francisco Gutiérrez and Roberto Michel in 1780, the fountain once served as a source of domestic water for nearby houses.

The statue of the Bear and the Strawberry Tree standing on one side of Puerta del Sol is considered a symbol of Madrid.

The Gran Vía is known as the Broadway of Madrid because it’s “the street that never sleeps.” The grand boulevard runs through central Madrid from the Plaza de España to Calle de Alcalá. Although the street now seems integral to the bustling capital, it’s actually a fairly recent addition to the city. Completed in 1910, the Gran Vía is lined with hundreds of shops, restaurants and businesses

Parque del Buen Retiro or El Retiro is a favorite spot for tourists and locals alike, the park features a large artificial pond where people can rents kayaks and canoes.

The Museo del Prado is one of the most popular tourist attractions in MadridIt is the main Spanish national art museum, located in central Madrid. It is widely considered to have one of the world’s finest collections of European art, dating from the 12th century to the early 20th century, based on the former Spanish Royal Collection, and the single best collection of Spanish art. Founded as a museum of paintings and sculpture in 1819, it also contains important collections of other types of works. The Prado Museum is one of the most visited sites in the world, and it is considered one of the greatest art museums in the world. The numerous works by Francisco Goya, the single most extensively represented artist, as well as by Hieronymus Bosch, El Greco, Peter Paul Rubens, Titian, and Diego Velázquez, are some of the highlights of the collection. Velázquez and his keen eye and sensibility were also responsible for bringing much of the museum’s fine collection of Italian masters to Spain, now the largest outside Italy.

Madrid is home to arguably the best flamenco show in the world. It is such a prestigious event that its even included in the popular book ’1000 Places to See Before You Die’. This magnificent show (with option for dinner) has been attended by many famous celebrities and royal families from around the world.  If you have the time and you want to do something special then we recommend you go for this Flamenco show and dinner.

There are many outdoor cafes, restaurants, and trendy shops in the city, and you can also join the Madrileños for a night out that starts at midnight and finishes at dawn (if you can stay up at these mad hours). 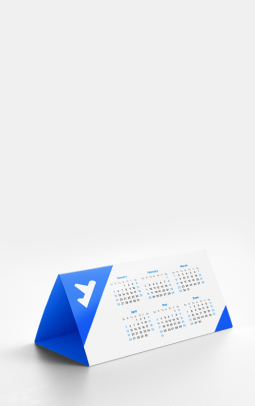